Lawyers, Answer Questions  & Get Points Log In
Washington DUI / DWI Questions & Answers
1 Answer | Asked in DUI / DWI for Washington on Aug 31, 2018
Q: Are there ways you can get the results of a breath test excluded from a DUI trial?

There isn't any one answer for all cases, but there are certainly legal challenges that can sometimes result in suppression of the test result from evidence. You would need to go over the specific facts of your case with an experienced DUI lawyer to know if you have any legal defenses to fall... Read more »

1 Answer | Asked in DUI / DWI for Washington on Jul 13, 2018
Q: Is it possible to get an exception for a DUI license suspension to get to school?

Almost always, but will normally require an ignition interlock be installed in your car. 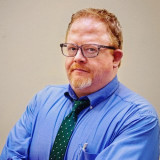 If you are convicted of a DUI, or a DUI related offense in Washington state, the court will order you to obtain an assessment to determine if you need any sort of alcohol treatment. The amount of treatment, or rehab, will be based upon that assessment. Some people are ordered to do a one day class... Read more »

1 Answer | Asked in DUI / DWI for Washington on Apr 17, 2018
Q: Is there statute of limitations on having an interlock device?

1 Answer | Asked in DUI / DWI and Traffic Tickets for Washington on Apr 7, 2018
Q: I was pulled over and given a driving while suspended infraction and no ignition interlock infraction. Had a DUI in 2012

I got 5 years bench probation for the DUI...it has been 6 years so am I safe from getting a probation violation?

Probably. The five years can get extended in certain circumstances, so someone would have to look at the court docket to confirm that they closed their jurisdiction.

If you didn't have probation violations, and never missed court dates, then it should have closed five years from the... Read more »

1 Answer | Asked in DUI / DWI for Washington on Jan 6, 2018
Q: Do traffic infractions or DUI/DWI's ppear on a driving record before the hearing? 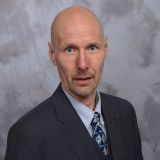 A pending DUI will show on your DOL record. Not all the info on your record is actually reported when requests are made. For example, a pending DUI hearing would not show up on an insurance abstract. Traffic infractions do not show up unless they are found committed by the court. This is... Read more »

While a person is on DUI probation, the law requires a 30 day jail sanction for driving suspended in any degree. If you are able... Read more »

The answer changes a lot, depending on the breath / blood level, facts of the case (passengers, crash, dangerous driving), and what jurisdiction you are in. To get an accurate answer, talk to a DUI lawyer who works in the town where you were arrested.

In most jurisdictions, she will still be charged with DUI. Talk to a lawyer who practices DUI in your area right away to get some guidance to get through this.

1 Answer | Asked in Criminal Law, DUI / DWI and Traffic Tickets for Washington on Jan 10, 2018
Q: If pulled over for moving violation in WA, can officers automatically order you out of vehicle w/out lawful grounds?

I read 2018 officers pocket manual and on pg 2-22 it states- "once you have made a legal stop of a vehicle for a traffic offense, you automatically have the authority to order the occupants to stay inside or to exit the vehicle"

Reason I ask is I was stopped... Read more » 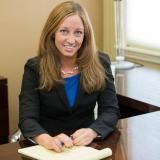 Assuming that you were stopped lawfully, and lawfully detained at the time, law enforcement can ask you to exit the vehicle.

If some other factors exist, it could happen. Doesn't mean the driver would be convicted at trial, certainly.

If there were other substances found in a blood draw, for example, so the .02 alcohol was not the sole basis for the charge. If the driver were under 21, then there is a crime... Read more »

There are different physical clues they are supposed to look for. Some will administer the 'standard' roadside tests, but since they are designed for alcohol impairment they are of limited value.

They have a number of specialized tests, called the drug recognition protocol. A... Read more »

An alcohol related non incidental and co-operative driver with no passengers first offense no priors in Washington state (.122) restrictions are no alcohol, non rx drugs or controlled substances, is thc ok? Pre trial is 8ish weeks away, only had the arraignment 2 days ago(my attorney didn't... Read more »

If you have an attorney, you really should direct your question to her or him. Different courts have different policies; generally conditions of release include no marijuana, but I would have to look at your specific court documents to be clear on that.

1 Answer | Asked in DUI / DWI and Criminal Law for Washington on Nov 1, 2017
Q: Can a county judge in district court deny use of medical marijuana ?

Yes. Some courts deny a person on either pretrial supervision or probation to abstain, even if medical. Since the law was changed to legalize marijuana that has been on the decrease. If it happens a person may need to get proof from their doctor and provide it to the court.

1 Answer | Asked in DUI / DWI for Washington on Oct 10, 2017
Q: Am I required by law to submit to a breathalyzer test if I'm pulled over for suspected drunk driving or can I refuse

You can refuse to take the Preliminary Breath Test (which is done on the scene) and the BAC test back at the station. There are consequences to refusing both. If you refuse the first test, the prosecutor will try and argue the refusal was due to wanting to hide a positive alcohol reading. The... Read more »

2 Answers | Asked in Car Accidents and DUI / DWI for Washington on Sep 21, 2017
Q: Mother arrested for 2nd offence DUI, she ran a red light and was struck by a vehicle, she denied her breathalyzer.

How much would it cost to get her out and would we need the money up front? What would the process be like?

The cost to get her out (I assume you mean out of jail) is the bail amount. Check the website of the jail she is being held in and you should find the bail as it is set. If you do not have the full amount you can post 10% if you go through a bond company. Most bond companies are very efficient... Read more »

2 Answers | Asked in DUI / DWI for Washington on Sep 1, 2017
Q: Can I refuse a breathalyzer test if I'm pulled over on suspicion of DUI?

Yes, you can but you may be punished more for it. In Washington, if you refuse your breath test the state will try and inflict harsher penalties on you than if you blew. For instance: if this is your first offense, the penalties double the jail time from at least one day to two if refuse. Also,... Read more »

Shortly after I got in a wreck and suffered a tbi and after a coma I was released from the hospital and went home to ga having no memory of the DUI went to get my motorcycle permit and was informed I cannot due to a DUI conviction in 2008 and since have had medical reasons to wait so long how do I... Read more »

Contact Washington Department of Licensing. Ask the them the reason for the hold on your license. It is likely due to a warrant being issued on the DUI case from the court in which it was filed. Your license could also be held up due to an administrative suspension that was imposed by DOL. That... Read more »

Go to Clerk of Court's office. Give them your case information. Tell them whether you need certified or regular copies. Be ready to pay, since most courts charge to do this.