Lawyers, Answer Questions  & Get Points Log In
Ohio Criminal Law Questions & Answers
1 Answer | Asked in Criminal Law and Family Law for Ohio on Jun 22, 2020
Q: My dad is charging my with false charges, CPS is getting called tomorrow, but I fear they won't listen again. Help?

My father is charging my with assault against him, for trying to defend myself against him attacking me. I have court this Wednesday. He refuses to let me get a lawyer, and I have no money to get my own. My mother did the same thing when I lived with her. She was beating me, the cops were called,... Read more »

You should request a public defender at your initial hearing after entering a plea of not guilty. You are entitled to representation in a criminal matter.

Yes. The docket is an unofficial convenience. Each court runs their docket a little differently. Some change the code numbers when there is a plea to reflect the reduction, some don’t. There are also occasional changes when charges are added to an already existing case or to correct mistakes.

1 Answer | Asked in Criminal Law for Ohio on Jun 16, 2020
Q: I was pulled over and license had been suspended and found. Drug instruments in vehicle which was not mine...

Was with a person and they knew it was his and even went looking for him...I was not arrested but was. Cited into court...help 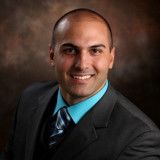 In order to understand your case as best as possible, you need to hire a lawyer. An experienced criminal defense attorney will make sure you are properly defended against all charges. You may have a potential suppression issue in your case--i.e. the officer needs a lawful reason to search your... Read more »

1 Answer | Asked in Criminal Law for Ohio on Jun 16, 2020
Q: Should I know if charges have been pressed within 48 hours of interaction with officers

I was driving with 100 grams of THC concentrate when a tire blew. I pulled in a nearby parking lot but an officer showed up before the tow truck. They took me to a hospital, I blew clean but tested positive for THC. As far as i know no charges or tickets were issued at the scene. My license is not... Read more »

If the officers sent it to the lab, it could be weeks or even months before they hear back.

1 Answer | Asked in Criminal Law, Federal Crimes and Identity Theft for Ohio on Jun 13, 2020
Q: my x commited credit card theft while I was in the store with him!

He told me he was buying us clothes because I was pregnant at the time! The second time he did it he stole my card out my mail box that had 500$ on it! And told me he still had my card with the money on it he just grabbed it for me he said well we went to the same place went shopping for our baby... Read more »

You haven't asked a question, but you really ought to hire an attorney.

1 Answer | Asked in Criminal Law for Ohio on Jun 3, 2020
Q: Can you get a trespassing charge for going to a house at night?

The time of day is irrelevant. The question is whether you’re allowed to be there or not.

I scratched my husband as we were fighting. He had me on the ground so I reached up and scratched him. He had a mark and I didn’t so I got the charge. We’ve since divorced in year 2000. It’s been a really long time and with all that’s going on in the world I’d like to buy a gun for home... Read more »

If you were convicted of an M1 or felony DV--if you did not plead down to something like assault or disorderly conduct--then your prohibited by federal law from possessing a firearm.

1 Answer | Asked in Criminal Law, Civil Rights and Federal Crimes for Ohio on May 31, 2020
Q: u get caught with a gun and gt out on bail , bt get caught months later w/ a gun get 3yr state can the feds pick it up

Do we have to wait till he’s done with the 3 1/2 years .. non violent offender covidt is taking over and killing them in there in Belmont corrections needed help and understanding i was told that u would help consult me and look into it to retain a lawyer

The Justia forum allows you to post questions that lawyers like me can then offer answers to. If you want to contact a lawyer directly, you can do so with the information located on their profile or in the directory. As far as I know, Justia does not actively consult.

The feds could pick... Read more »

1 Answer | Asked in Criminal Law, Probate, Family Law and Child Custody for Ohio on May 29, 2020
Q: I called my sons mothers probation officer because she is drinking doing drugs driving without a license and has guns

She has left the state now for a month to avoid failing her drug test. Will i look bad when i go for custody if i call them again to let them know she left the state? I only do this because in her care my son goes without regular food, baths and enough sleep he is almost 2 its heart breaking. He... Read more »

File for custody. Use the Find a Lawyer tab to retain a local family law attorney.

1 Answer | Asked in Criminal Law and Communications Law for Ohio on May 26, 2020
Q: so my gf and i have a no contact, we broke up and she told her dad i’ve been texting her and she never answered but she

but she did answer me and i have screen shot proof

That is not a legal question. In fact, it's not a question at all.

1 Answer | Asked in Criminal Law for Ohio on May 22, 2020
Q: When summoned to my court date will I be charged with anything other than what is on the police report?

After a motor crash the police report only has one charge although they could have gotten me for more. Should I expect those charges to be pressed when summoned at court or will it only be what is on the police report exactly? The police report did not charge me for drugs in the car? Will that be... Read more »

It’s likely you will face more charges. In particular, drug charges are often filed only after the lab work comes back, which can take weeks or even months.

1 Answer | Asked in Criminal Law and Federal Crimes for Ohio on May 20, 2020
Q: I was assaulted in a corporation by an unknown individual I want to view video for was not granted can you please help

You should report the assault to the police, who will review the video to see if it shows anything.

1 Answer | Asked in Criminal Law for Ohio on May 9, 2020
Q: I was stopped in late March of this year for suspension of driving under the influence. After several sobriety tests

The officer confirmed I was not under the influence. Then asked me if there was anything in the car he needed to worry about. I told him I had a small amount of marijuana and 2 8mg suboxone pills. After he searched the car he told me I was not under arrest and since I was cool with him he was going... Read more »

It's likely they will charge you, yes. These drug violations are taken pretty seriously now due to number of opioid related fatalities.

1 Answer | Asked in Criminal Law for Ohio on May 19, 2020
Q: the cops arrested my bf for a M1 dv charge because the neighbors called and said we were fighting but we weren’t?

what do i do and what should he do? if nothing happened

Your boyfriend should get an attorney. You two should tell the attorney exactly what happened, and then follow his or her advice.

1 Answer | Asked in Criminal Law for Ohio on May 18, 2020
Q: Can police officer lie in plea bargain? Can he offer a misdemeanor charge, change it to felony when suspect confessed?

Police officers are permitted to lie to suspects and have no authority to enter into a plea bargain. That's the prosecutor.

1 Answer | Asked in Criminal Law and Sexual Harassment for Ohio on May 3, 2020
Q: Let’s say hypothetically a 16 year old was talking to an 38 year old. Is it illegal for them to engage in sexual acts.

They have engaged in sexual chats over the internet along with making it clear both ages of the party.

Matthew Williams answered on May 5, 2020

That’s a terrible idea. First, any sexually explicit imagery of the minor is highly illegal child pornography. Second, without knowing the location of the parties, there are potential problems with age of consent, which varies from state to state. Third, the minor’s parents could find out and... Read more »

1 Answer | Asked in Criminal Law, Civil Litigation and Small Claims for Ohio on May 4, 2020
Q: I bought a car from a private person paid stated down payment and was given a month to pay final payment and a bill of

Sale stated such. 5 days later previous owner borrowed stated vehicle to go to the store but never brought it back and stated that changed there mind that they would just give the down payment back when they get paid. What do I do to get it back? Or can I? I live in Ohio.

If you still want the car, you will have to sue seller for breach of contract. That process will take several months, and OH court activity is currently suspended because of the virus lockdown. Use the Find a Lawyer tab to retain a local litigation attorney to review the situation and advise you.... Read more »

1 Answer | Asked in Domestic Violence and Criminal Law for Ohio on Apr 22, 2020
Q: im 12 and my brother is 16 i have video evidence of him hitting me he just started choking me could i send him to jail

No, you can't send him to jail. Talk to your parents.

1 Answer | Asked in Criminal Law, Business Law and Civil Litigation for Ohio on Apr 17, 2020
Q: How to fire a rouge board member completely?

In accordance with our Bylaws, we have fired two board members, we have followed all the procedures as explained in your Constitution. However, these 2 members are being stubborn. They manage to take some of the organization’s fund and they are holding it hostage with them. For the past 9 months,... Read more »

If they have been fired and removed then they are committing criminal trespass and you should call the police report theft and trespass.

On the civil side, if they are refusing to return property, then you can bring a cause of action against them for civil conversion, civil theft, and... Read more »

I sold the car but haven’t been able to get title done.

If the police don’t know who did it, they may well suspect you. That could certainly lead to “trouble.”