Lawyers, Answer Questions  & Get Points Log In
Oregon Collections Questions & Answers
2 Answers | Asked in Collections for Oregon on Oct 8, 2018
Q: Steps to vacate a default judgement in Multnomah County Oregon if the plaintiff used void contract as basis of claim?

I received a notice of assignment of debt from a debt collector in Utah, represented locally. I recall the original complaint, and I also recall filing an answer. I never got a notice of hearing or notice of default or notice of garnishment. When they reached out they had already gotten the order... Read more »

As a general proposition, you have six months to vacate a default judgment.

1 Answer | Asked in Collections for Oregon on Sep 21, 2018
Q: I had a few items that went to collections.these cases are over 20years old. And there asking an outrageous amount $$$

Supposably there claiming interest for the past 20 years.

I thought after seven years they are void

It depends upon what you mean. IF they went to court and they got a Judgment against you, a Judgment in Oregon is good for 10 years and may be renewed once for another 10 years from when renewed. After that it is gone permanently and anyone trying to collect on it may be guilty of an unfair debt... Read more »

1 Answer | Asked in Estate Planning, Collections and Elder Law for Oregon on Jun 28, 2018
Q: Can money be garnished from my trust fund inheritance check when I cash it? If I owe student loan money?

1 Answer | Asked in Collections for Oregon on May 22, 2018
Q: I got a summons for small claims court. The paper didnt come to my address it went to my moms.

They said they have tried numerous times to contact me and I have only talked to them once. And haven't been able to get in touch with anyone since. Now I'm being sent to court.

There does not seem to be a question here but if you do not file an appearance with the small claims court within the specified 14 days, you will be subject to having a Judgment entered against you for the full amount being sought. If you think you may have a viable defense, you may wish to review... Read more »

1 Answer | Asked in Consumer Law and Collections for Oregon on May 10, 2018
Q: I got notice in the mail that I am going to be garnished, I never got served papers but they claim I did, what can I do?

How do I dispute this? I never got served papers, but when I called them they said someone answered the door and said they were me, I work during the day so I know for a fact I didn't receive any papers. So the person who "served papers" lied, cause I never got them. Do I have a legal case?

Likely not - if you have some adequate grounds to dispute the validity of the Writ or the amounts being garnished, then you have a time frame to oppose it in court. If you haven't filed within that time frame and the Judge believes you were not timely served with the Writ, he/she might extend... Read more »

2 Answers | Asked in Collections and Landlord - Tenant for Oregon on Mar 16, 2018
Q: Should I let my long ago failure-to-pay-rent debt run its 7.5 year course?

Father owned the lease. I co-signed(I think, I remember signing paperwork, trying to figure out now if it was a co-sign or what) He paid the rent, I did not. Debt was first opened April 1st 2012. I have never been contacted about this debt. I have had the same phone number since 2006, and changed... Read more »

IF this debt arises in Oregon and out of a residential landlord-tenant situation, and neither you nor your father have paid ANYTHING on it for at least a year, the statute of limitations has past and they no longer have a right to forcibly collect on it. You should demand that it be removed from... Read more »

1 Answer | Asked in Collections and Probate for Oregon on Mar 8, 2018
Q: My sister borrowed money years ago from my mom, never paid it back. Mom passed, she's executor. Doesn't she still owe?

She & her husband borrowed the $ for a house from my mom& stepdad. The verbal agreement was to fix it up, since her husband was a general contractor, and sell it, then pay them back. They never fixed it up & sold it, she bought a new house and lives there. My mom got divorced and she... Read more »

Being the executor does not change or affect whether your sister owes the money or not. The real question is whether the "loan" is legally enforceable and how long it has gone on. It sounds as if there is nothing in writing, not even an IOU, and, as noted, how long it has been since she... Read more »

1 Answer | Asked in Family Law, Child Custody, Child Support and Collections for Oregon on Dec 30, 2017
Q: I received a letter and I don't understand it. the end says " I herby authorize the parentage test money award indicated

Heck if I know. Please don't quote a single sentence out of a letter with no explanation of the full situation and expect some attorney to risk malpractice by giving an anonymous stranger legal advice on the internet. It getting good legal advice is important to you, you need to contact an... Read more »

1 Answer | Asked in Contracts, Collections, Landlord - Tenant and Small Claims for Oregon on Sep 28, 2017
Q: A,B,C moved into an apartment and equally paid 1400 in deposit. They moved out 1yr later and allowed D,E to sign onto

the lease so that they didn't have to pay a deposit.

ABC discussed it with DE and agreed that since there was some damages left and items left that when DE moved out they would pay back 1200 of the initial 1400 lease deposit to ABC.

It is unclear exactly what has happened or the relationship between the parties. It also is unclear what you mean by ABC allowed DE to sign onto the lease so they didn't have to pay a deposit. Are you saying all 5 were on the same lease, secured by the original security deposit? Or did DE... Read more »

2 Answers | Asked in Bankruptcy, Consumer Law and Collections for Oregon on May 4, 2017
Q: I have received a summons for a debt that I am responsible for. I am not sure what I need to do?

What do I do once I receive the summons? Do I need a lawyer? I want to take care of this debt and pay the balance that I owe. But I do not want my wages garnished. What can I do?

I would contact a lawyer, preferably one that deals with bankruptcy and debt issues. I know you want to take care of this debt but before you do pay it, you might want to know if bankruptcy is a better option which it might be if you have a lot of other debts. I see people struggle to pay one debt... Read more »

1 Answer | Asked in Employment Law and Collections for Oregon on Feb 23, 2017
Q: What is a distant warrant and writ to execute filed by Oregon employment dept. mean?

Filed because they said I was overpayed

Not sure, but it sounds like you were overpaid for unemployment, and they are attempting to recover the over payment.

constant calls from banks. I don't answer because I'm afraid. The will won't be probated because there are no assets. What should I do? 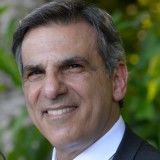 If the bills are in the deceased's name alone, and are not liens on any property (for example, a mortgage) you are not obligated to pay the bills. The deceased's creditors can start a probate of his estate, but if there are no assets, the creditors won't bother. You should tell the... Read more »

1 Answer | Asked in Collections for Oregon on Dec 5, 2016
Q: Can an attorneys office, collecting a debt, LIE to you and give false information like your license being suspended?

An attorneys office told my son that his License has been suspended and that they require $150.00 to restart the payment arrangement and the 150 would include his Reinstatement fee for the DMV, as they have the power to have it suspended for non-payment.

My son had a payment agreement with... Read more »

The Oregon Rules of Professional Conduct would prohibit a material misstatement. Most states have similar rules, but no idea as to if this was a legitimate law firm or even an attorney. Even if it was a staff person at a firm, the attorney could get in trouble. I would suggest contacting the state... Read more »

1 Answer | Asked in Collections for Oregon on Mar 2, 2016
Q: I need to know where to start and what to do as an individual trying to gain repayment of a friend to friend loan.

So I did a friend to friend loan that has been going on for a couple of years and I d not have a collection of transactions made to the individual requesting the money. But we have both come to terms that she owes me a total of $24,000. The money was to help her get back on her feet and support her... Read more »

I would suggest waiting to get things in writing, as at the moment it would be hard for you to prove what the repayment terms were. As in, when does she have to start repaying you.

1 Answer | Asked in Collections and Contracts for Oregon on Feb 27, 2016
Q: If money was leant to someone with no set repayment terms, do I have the right to ask for the person to repay the money?

If I have asked and the person refuses to pay or establish some sort of payment arrangement do I have any legal recourse?

Yes, you do have a right to ask, but the problem becomes what are the terms? As in, when is repayment due? You might send an ORS 20.082 letter and inform them that you will hire an attorney to deal with this if they do not come to terms with some sort of plan. Then set up a plan and have them sign... Read more »

2 Answers | Asked in Collections and Criminal Law for Oregon on Nov 6, 2015
Q: Should I have to pay attorney fees from a case that was dismissed, from a crime I was falsely accused of out of spite?

My ex boyfriend lied to the police and accused me of a crime I didn't commit. His family lied and said they watched me do it, because he was angry with me at the time. I told police I was nowhere near the place when the crime occurred, and there was no way that it was me, and for the third... Read more »

If the people who lied are not judgment proof, perhaps you could file a malicious prosecution action against them, if such a cause is available in your jurisdiction. The problem with that is that you will probably have to pay an attorney to do this.