Lawyers, Answer Questions  & Get Points Log In
Oregon Traffic Tickets Questions & Answers
1 Answer | Asked in Criminal Law, DUI / DWI and Traffic Tickets for Oregon on Feb 9, 2018
Q: I'll try making this question short and too the point without dragging on with tiny details, only facts. On Jan

Jan second said person got convicted of duii for illegal drugs. He knew his licence was suspended and so not driving, then a week ago he was told by a police officer face to face he was valid to drive, said person confirmed this three times in the week via phoning the dmv. Tonight he was pulled... Read more » 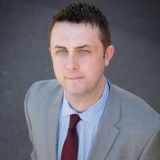 This is an incredibly frustrating situation. Unfortunately, bad advice is not a defense. However it can be incredibly mitigating.

The notice issue could possibly be a defense, but, most of the time when someone is convicted of a DUII they sign a suspension notice right there in court.

1 Answer | Asked in DUI / DWI and Traffic Tickets for Oregon on Apr 30, 2018
Q: Traffic Law: DUI how might i want to talk in court? how should i work on lowering my sentence.

I recently got a dui, driving home at 1am alone, while under the influence of marijuana.

I wasnt parting all night, I was on campus working all that night.

this is my first offense.

You need to speak with a DUII attorney as soon as possible. It sounds like (from your question) that you are thinking about doing this alone. You should re-think that, even if you are eligible for diversion.

Getting into diversion is not the hard part of dealing with a first time DUII... Read more »

1 Answer | Asked in Traffic Tickets for Oregon on Nov 9, 2017
Q: Can i fight a one year old citation in Oregon

I was involved in accident in Oregon . The officer wrote me a ticket for wreck less driving warning which Idint know can it be challenged ? Now I am looking to work for different company & it's showing up on my record I am holding a Cdl license . & new company won't hire me.

if the officer gave you a tix it probably was no a warning......it was a citation for a misdemeanor Reckless Driving.

as a misdemeanor it carries a potential jail sentence but handled correctly, at least in california, with a lawyer and a good excuse you would not do any jail time in most... Read more »

1 Answer | Asked in Personal Injury, Traffic Tickets and Car Accidents for Oregon on Sep 9, 2017
Q: Is a 90s Chevy Suburban able to be used as an Implement of husbandry? It's used for work between two farms.

I read that as long as it's used for farm work, isn't loaded over 8,000 pounds and isn't wider than 8 1/2 feet it could qualify as an Implement of husbandry. Is this correct, seeing how the Suburban isn't 8 1/2 feet wide and wasn't pulling a trailer or was it loaded with... Read more »

Let's see you want to get out of something and think a judge or cop will be really sympathetic with a stretch like this.

If you are a AAA member your motor club can at least help you with background on the definitition. Generally the laws are written that if it walks like a duck and... Read more »

1 Answer | Asked in Traffic Tickets for Oregon on Jun 25, 2017
Q: My fiance got a ticket for dws/revoked. We have option to pay fine and enter plea by mail. Would that be beneficial?

For traffic violations, paying a fine and entering a plea by mail is beneficial in that it allows a person to avoid appearing and waiting in court, only to pay the same amount of money that they would if they went to court.

There benefits to appearing in court and entering a plea of no... Read more »

1 Answer | Asked in Traffic Tickets for Oregon on Aug 24, 2017
Q: In Oregon, for a trial by declaration for a traffic violation is my written declaration subject to discovery?

I requested discovery for the officer's notes and they asked for 'reverse-discovery' from me. I hope that clears up the ambiguity.

Your question is a bit ambiguous. It isn't so much a matter of discovery as it is that your declaration would be considered your testimony, and it isn't going to be hidden from the opposing party. If you are asking if you should send a copy of your declaration to the opposing side (law... Read more »

The number you have listed 17CR54394 looks to be a criminal case, which is a number the court assigned. The numbers on the citation are often internal numbers, think of a checkbook and your check number, a way to track things. If you want further clarification you should contact the Clerks office... Read more »

1 Answer | Asked in Employment Law and Traffic Tickets for Oregon on Apr 3, 2017
Q: can an employer (car sharing company)make the employee pay for parking tickets or any fines associated with city driving

I work for a car sharing company and the employer wants the employees to pay for parking tickets, loading zone tickets, or any city parking violations. If they think the employee is responsible. The thing is our app and software if very glitchy and a work in progress so they can't really track... Read more »

Assuming we are talking about Uber or Lyft or the like, the question is still whether or not you are an employee or independent contractor. If the later, then the contractor would be. If the former, if the ticket goes to you as an employee, then the employee likely needs to since illegal acts are... Read more »

1 Answer | Asked in Traffic Tickets for Oregon on Sep 4, 2016
Q: if court is closed for holiday n your speeding ticket says to appear yet it's closed what happens.

No hearing is held that day. Call the court or go the next day to find out when the hearing is supposed to be.

1 Answer | Asked in Car Accidents and Traffic Tickets for Oregon on Aug 5, 2016
Q: Suspended license due to boyfriend driving my uninsured car without permission.

DMV said he has to write a letter saying i didnt know so that I can get my license unsuspended and get a removal of a ticket for $400. However he was on bench probation at the time of the accident but he did have an SR-22. if he writes that letter what happens to him? Does he get put back on... Read more »

This the guy who took your keys? Thought I answered that. In any event, he should ask his lawyer. I would advise you get the letter, he put you in the jam, if his sorry self is back inside you can look for someone who won't leave you high and dry.

1 Answer | Asked in Traffic Tickets for Oregon on Jun 30, 2016
Q: Could I possibly get my citation for speeding dismissed if information on the citation is wrong? (car model, make, year)

It would still be worth fighting, mostly over the amount over, but don't hold your breath that the judge will dismiss just on the other errors.

1 Answer | Asked in Traffic Tickets for Oregon on May 10, 2016
Q: Not at fault accident, not insured in Oregon

I was hit by a person merging into my lane earlier, they told me I was at fault, that I hit them because they were in front of me and I rammed them. The scuffs are on the back of my car and there is a dent on their front left side of their car. I was uninsured (paid my insurance right after,... Read more »

Without looking, I believe there is a provision that allows you to escape any serious issues if you purchase insurance right away.

1 Answer | Asked in Criminal Law and Traffic Tickets for Oregon on Mar 23, 2016
Q: If I am on benched probation and I get a ticket for driving without a license and I didn't go to court what will happen?

It wasn't a speeding ticket or anything. The license plate cover was blocking my tags on my car.

Doesn't matter if the ticket was for speeding or anything else, you were not supposed to be driving. If you did not go to court, they will likely issue a bench warrant, and it will not look good to your PO.

1 Answer | Asked in Traffic Tickets for Oregon on Nov 2, 2012
Q: Do I have to pay for discovery's I request? Traffic

I am fighting a speeding ticket I got from Oregon State Police. The trooper told me it will cost me more to ask for discovery's then just pay the ticket. I know I can win if I have everything I need from the Officer. Do I have to pay for discovery's I request? If not what is the law saying I do not? 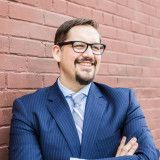 Generally, in traffic cases you have to track down the discovery you want. With OSP, you should send a letter to their records department with a $25.00 check. That's usually their minimum fee. They will notify you if there are further fees that need to be paid. Unfortunately, OSP is extremely... Read more »