Lawyers, Answer Questions  & Get Points Log In
Florida Family Law Questions & Answers
1 Answer | Asked in Family Law for Florida on Feb 3, 2023
Q: In Florida, what legal steps should father take if mother strongly restricting his time/access to his 16y/o daughter?

Mother now claiming she doesn't want father to interact with daughter at all, unless he goes through psychological evaluation.

You do not mention whether you have been to court or not. If you have never been to court then you can file a paternity case (assuming that you are not married). Through the court process you will get a parenting plan which specifies what time belongs to each parent. Then if she obstructs your time... Read more »

1 Answer | Asked in Family Law for Florida on Feb 3, 2023
Q: Can I put a restraining order on my ex but still let her see our son?

Conditions in a restraining order (injunction) are up to the judge. If an injunction is issued against a person who shares a child with you then the injunction terms should reference access to the child. Speak with a local family lawyer for more specific advice.

1 Answer | Asked in Family Law for Florida on Feb 2, 2023
Q: Can I still sign annulment papers that are 6 years old? The claim still shows an active status. It was filed in Califor.

This is a question for a California lawyer since that is where the case is filed. However, my guess is probably not. Speak with a California family lawyer for more specific advice.

1 Answer | Asked in Family Law for Florida on Feb 2, 2023
Q: My longtime domestic partner has threatened to have me arrested because I left him and took the car that we both owned.

now 18 and state of Fl sent father letter saying he no longer had to pay child support. Mother filed again in Puerto Rico since they recognize a child until age 21. Does father still have to pay even though FL said he doesn’t because the child is now 18 and considered an adult in FL?

1 Answer | Asked in Family Law and Child Support for Florida on Jan 31, 2023
Q: 16yo son lives w/his dad in Florida, is failing 10th grade for 2nd time and is truant. Can I request to terminate cs?

My ex-husband and I have equal rights but I haven't seen or spoken to my son in 3 years. He misses more school than he attends, had an ISS last week and is failing the majority of his classes, for the 2nd year in a row. Dropping out appears eminent. Can I request to terminate child support... Read more »

1 Answer | Asked in Family Law for Florida on Jan 31, 2023
Q: Can I make my own hearing in judges chambers ? And if I can provide witnesses and or proof that case worker has lied

Will the judge listen or is there anyone else I need to go to .. Pasco county Florida

To be heard in court on any issue you need to file a motion and request a hearing. If a hearing is already scheduled you need to be sure that your issue is noticed to be heard at the hearing. Seeing the judge in chambers as opposed to in the courtroom is at the discretion of the judge. Once you... Read more »

1 Answer | Asked in Child Custody and Family Law for Florida on Jan 30, 2023
Q: In a custody case, can the child be living on a yacht without the mothers permission or knowledge

4 years ago my son’s grandparents tricked me into signing over temporary custody by extended family to them (and they live in a different state.)

They have recently moved to a yacht so I don’t have a physical address of my child. And they are also refusing to let me visit him. I want... Read more »

This response is only based on Florida law. You need to return to whatever court issued the order that the grandparents have custody. Whether by your agreement or not, you need to ask the court to change the order and return custody to you. The rest of your questions will resolve after you take... Read more »

1 Answer | Asked in Family Law for Florida on Jan 27, 2023
Q: Hi, recently my ex filed a Paternity case with the Florida courts. The case is still open, no parenting plan yet

Can I remove the dads wife from the pick up list on the daycare; and only father and mother can pick up child until the case has been closed and there is a parenting plan in effect? Please help! Thanks!

Normally you are expected to maintain the status quo, meaning that you should not make changes. If you have a legitimate concern regarding the dad's wife that you can explain to the court then perhaps you can make the change. However, if you do not, this change could be held against you as... Read more »

1 Answer | Asked in Child Support and Family Law for Florida on Jan 24, 2023
Q: I am divorced with 3 kids. I have a demanding job that is causing unneeded stress and am considering a change in jobs.

The new job will be less money. Would that warrant a change in child support?

Child support is modifiable, up or down, until the children turn 18. You can change your income as long as you have a valid reason and it the change in income is reasonable. For example, you can't quit your $100K job to take a minimum wage job. Speak with a local family lawyer for more... Read more »

Say I have professional licenses currently under Last Name 1, when I marry and add Last Name 2 do I have to update those licenses?

1 Answer | Asked in Family Law, Nursing Home Abuse and Wrongful Death for Florida on Jan 19, 2023
Q: Who in the state of Florida can file a nursing home neglect case for a parent who has passed away

The parent had 4 children from 4 different mothers but all except for one was a minor. And the minor child was receiving social security from the dad and also child support from him as well 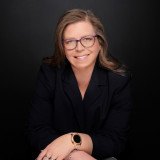 If a loved one has passed away due to neglect or abuse in a nursing home, their appointed representative or next of kin may have the right to file a Nursing Home Wrongful Death Lawsuit. If the deceased appointed a representative in their will, that person can take legal action on their behalf.... Read more »

0 Answers | Asked in Criminal Law, Family Law and Elder Law for Florida on Jan 19, 2023
Q: What does a "Notice of Taking Over the Case" filing mean. This is regarding a guardianship case. A different department?

I am a party to a guardianship case involving my grandma. I was the original petitioner. I withdrew my petition (because I was threatened by family members) but then later gained some courage and tried to strike the motion. Judge stated that was not allowed and we needed to refile and start over.... Read more »

My fiancé has 50-50 custody for his children he got divorced several years ago and this has been the ongoing situation since the separation. This year she quit her job of 20 years and has not seeked employment since. She is now looking to take my fiancé back to court and fight for full custody... Read more »

Timesharing and child support are modifiable until the children turn eighteen. To modify child support you have to show a change in the parent's income that was out of their control. If a parent just decides not to work the court will presume (impute) the income that they were earning.... Read more »

1 Answer | Asked in Child Support and Family Law for Florida on Jan 17, 2023
Q: How can I get my driver’s license reinstated when I owe child support?

I need it in order to get a job that pays decently.

You need to file a motion to reinstate your DL. You may need to explain to the judge that you need to drive to work. The court wants you to pay your child support. Speak with a local family lawyer for more specific advice.

0 Answers | Asked in Criminal Law and Family Law for Florida on Jan 16, 2023
Q: if a teenager has an open case in court, is she allowed to relocate to another state and continue going there? FL->NC

My 14 yr old sister had an open case of assault which also turned into her getting drugged tested every time she went to court (all came back positive) and they only made her take anger management class and write an essay i believe. Now she has a new case not even months after the first one for... Read more »

The paralegal emailed me two months ago that she was going to get approval to file a motion. Nothing was filed. No response to several follow up emails sent, and I left a voicemail almost two weeks ago, no response. Then I emailed the actual attorney informing them of all of the emails and the... Read more »

My best friend is in an abusive house hold and he is 18 turns 19 in September his father absolutely will not agree because he needs someone to babysit his younger brother. His father is an alcoholic and his mother is a drug addict who doesn’t have rights to the kids. His father had put him... Read more »

Yes, if he is 18, he is legally an adult. He is no longer under the control of his parents.

My sons father keeps him from me when he gets mad. This past time is because I forgot to text him. I just want legal paper on when each of us had our time with him.

If you are not married then you, as the mother, already have 100% control of the child. If you want something formal and legal then you need to file a petition for paternity. Through that process you will get a parenting plan which is a written agreement between the parents regarding all rights and... Read more »