Lawyers, Answer Questions  & Get Points Log In
Ohio Criminal Law Questions & Answers
2 Answers | Asked in Criminal Law for Ohio on Oct 14, 2021
Q: The officer would not take my wife's statement of what she witnessed because she is my spouse. Is the officer correct?

I received a citation for simple assault in Ohio 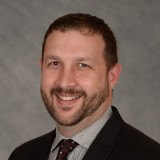 How an investigation proceeds is to a certain extent up to the discretion of the investigating officer. While there can certainly be arguments about partiality, if your wife witnessed the incident then she may be called upon to testify later. (Either as a defense or prosecution's witness).... Read more »

1 Answer | Asked in Criminal Law for Ohio on Oct 12, 2021
Q: Can person that confesses to a theft change their story and implement someone else was at fault 5 months later?

My daughter was with a person that confessed to theft but now the person is threatening to say she knew about the theft when she did not if my daughter does not pay for her class. This person told my daughter that if the $200 isn't paid this person will go to jail. Therefore my daughter needs... Read more »

She can change her story. It's kind of unlikely anyone will believe it. It sounds like she's already been charged and convicted and is now on probation. I do not think the prosecutor is going to want this case back.

1 Answer | Asked in Criminal Law for Ohio on Oct 10, 2021
Q: swat raided a house on the warrant was said address no name i wasnt at the address i was trying to move in but landlord

was acting funny .wouldnt never let me sign a lease and officially move my stuff in .they found stuff at the address and charged me with it ..

Perhaps you have a solid defense. You have not actually asked a question. But you need to hire a lawyer and discuss this matter with him or her privately.

My question is basically is there a chance for an early release because he has done roughly 11 years. I think he has paid his dues but yeah.

A lawyer needs to review the case. This sort of question is highly fact and judge dependent. I've had judicial release motions granted for convicted rapists and denied for non-violent crimes. So much depends on the judge, what the individual has done with themselves in prison, and whether the... Read more »

1 Answer | Asked in Criminal Law for Ohio on Oct 4, 2021
Q: Can you receive a charge for drug paraphernalia charge if you were not cited at the scene more than a week later?

I was a passenger in the car when a friend was pulled over. He allowed them to search his car and in the car was my purse which they found a rolled up $100 bill and a card with residue on it. I was not cited at the scene but told I have a charge "over my head" if I did not give them a... Read more »

1 Answer | Asked in Criminal Law for Ohio on Oct 4, 2021
Q: What gives a judge the ability to sentence someone over the max on a charge? No priors!!

Nothing gives the judge the ability to sentence someone over the maximum allowable prison term. But it is far more likely you misunderstand the maximum than that the judge did so. Review the matter privately with a lawyer.

1 Answer | Asked in Criminal Law and Civil Litigation for Ohio on Oct 5, 2021
Q: Is it my right to have a substances retested?

Long story short I know what I had an weight when I got arrested but saying i had something else an different weight.

Through your lawyer, yes, you can have independent experts examine the suspect substance. The state labs will often retest upon request as well.

1 Answer | Asked in Criminal Law for Ohio on Oct 2, 2021
Q: Are people getting sent to prison during COVID for violating their felony probation?

Yes, that is still happening.

2 Answers | Asked in Criminal Law for Ohio on Sep 28, 2021
Q: Is there a trusted website that I can use to review State of Arkansas criminal cases?

If you want to get some help finding cases that may be pertinent to your own, the best thing to do--unless you want to pay for Westlaw or Lexis Nexus--is to visit the library at the nearest public law school.

1 Answer | Asked in Criminal Law for Ohio on Sep 25, 2021
Q: My husband will be eligible for judicial release May 8, 2022. When should I contact a lawyer to prepare to apply?

If you want the motion filed right away, you should hire an attorney at the beginning of April so they have time to write the motion and gather supporting documentation.

How can the inmate argue standing in his motion to suppress

Facts are everything on a motion to suppress, but in a conveyance situation it's reasonably likely the inmate does not have standing. You and the other party involved need to be discussing this rather serious case privately with attorneys so you can go over all the facts and the law to find out.

1 Answer | Asked in Criminal Law, Real Estate Law, Civil Rights and Small Claims for Ohio on Sep 21, 2021
Q: Is it illegal to build a snowman using snow from someone else's property?

They don't have a fenced in yard or any signs that say private property.

It sounds like you may be trespassing on their property. For a definitive answer you need to sit down with a local criminal defense attorney to evaluate the specifics of your situation.

1 Answer | Asked in Criminal Law for Ohio on Sep 13, 2021
Q: Pulled over friends car, found drugs in it not mine they took my phone can they do that

Found drugs in middle console not mine. They seized my phone because I didn't admit to the drugs being mine

When they find drugs they’re going to take the phones as evidence to look and see who texted who about buying drugs. If you were charged with a crime, you should get a lawyer.

1 Answer | Asked in Criminal Law and Cannabis & Marijuana Law for Ohio on Sep 8, 2021
Q: can you be prosecuted for trying an illegal substance once (one mushroom) in the past even without physical evidence

i did it a long time ago and only now has anyone heard of it so now i am being threatened with prosecution without physical evidence.

Doing drugs is technically not a crime. Possession of the drug is a crime. That being said, if you were on some type of probation etc. that prohibited the use of any drugs then that could stand. Whether or not the prosecutor can prove that you had possession of a controlled substance or if you... Read more »

1 Answer | Asked in Consumer Law, Criminal Law, Banking and Federal Crimes for Ohio on Aug 30, 2021
Q: Am I in a legal obligation to give the money back

The other day I went and made a withdrawal from Checksmart and the woman who did my transaction gave me $675 and then gave me a receipt with my transaction my old amount my transaction amount and my new balance. After that she gave me the $675 in cash and when I got home she called me and told me... Read more »

Yes, you have an obligation to return the money.

1 Answer | Asked in Criminal Law and Divorce for Ohio on Aug 28, 2021
Q: Today I saw a text between my soon to be ex husband and his friend stating they were going to make copies of my keys

They are planning to steal my car. What should I do

1 Answer | Asked in Criminal Law and Small Claims for Ohio on Aug 27, 2021
Q: If a (client) friend fails to pay you (contractor) for a job they hired you to do and they refused to pay after it was

Done and you took a razor blade and undid some of your work could I be charged with a property damage charge and how do I go about getting paid.

Yes, you can be charged with property damage. In order to get paid you would need to file a lawsuit against the friend. Breach of contract would be the cause of action.

36 months and three years are exactly the same thing...

It is illegal to do drugs in front of kids or not. If there are kids present when you do drugs you are likely to be charged with child endangering on top of the drug charges. It is generally legal to drink and the presence of children does not change that. But, if you are so drunk that it presents... Read more »

While sitting at a private property in vehicle the police pulls up with lights on, guns out & aggressive stating the car was reported stolen & proceeded with a search. They find a gun. Takes the property and let me go. (Car was never reported stolen) (gun was not mine either)

If the car was not reported stolen, yes, you likely have a good Fourth Amendment issue. Assuming you were charged with something out of all this, you should work with a lawyer to bring that to light.