The University I am at enforced a new parking rule saying cars are not allowed to pull through a spot or back into it, all the license plates need to be facing the isle for the security cars to scan them. I feel like that’s a bit much and can the university really restrict the way in which a car... Read more »

A parking lot is private property, and the owner can impose any restrictions on parking, and tow vehicles that do not comply.

1 Answer | Asked in Constitutional Law, Gov & Administrative Law and Land Use & Zoning for Ohio on Dec 18, 2019
Q: How is this portion of the Ohio revised code not unconstitutional?

Ohio revised code 505.07 seems purpose written to allow Township Trustees and Developers to effectively negate the results of any zoning referendum and deny citizens voting rights. Consider the following scenario, Trustees have been ignoring recommendations from zoning board and residents to not... Read more »

Local governments can mostly do what they want unless subjected to a legal challenge. Concerned residents can join together and use the Find a Lawyer tab to retain a local attorney who handles administrative law, land use, and zoning issues, to advise them about filing a lawsuit.

1 Answer | Asked in Gov & Administrative Law for Ohio on Nov 5, 2019
Q: My house and garage were broken in my car and belongs stolen. The criminals got hold of the title and by fraudulent mean

My house and garage were broken in my car and belongs stolen. The criminals got hold of the title and by means of fraud and forgery (they falsified my signature) were able to switch over the title to somebody else. Not only was my signatures falsified but the title itself was not up to BMV... Read more »

No, you’re not going to have a good case against the BMV. It’s a government agency which means it has qualified immunity. That basically boils down to you cannot sue then over mistakes only affirmative conduct. So unless they were in on the scam, you’re going to have to go after the thieves... Read more »

3 Answers | Asked in Criminal Law, Domestic Violence and Gov & Administrative Law for Ohio on Oct 22, 2019
Q: What can be done if the written statement is that of the witness’s girlfriend instead of the witness?

The officer took a statement from my ex-husband, when I received the discovery I noticed the statement is filled out by what looks to be a female’s handwriting, but I know for a fact that it’s not my ex husbands hand writing. His name is at the beginning of the statement and he signed and dated... Read more »

Not knowing all the details, but as long as it's his words, his evidence, it doesn't matter if he wrote it or dictated it to someone. Often police officers will take the statement, write as they are speaking with the witness and then have the witness sign the statement.

An older lady friend of mine told me that at this point the cops can be callled but they wont do anything since I am almost 18. Is this true or will I still get in trouble since I am not fully 18 yet?

You are not a legal adult until age 18. Nobody can predict what the police or children's services might or might not do if you leave before then. Even if they take no action, will you be finishing your education so you can be a responsible, productive adult? If you leave, will you still have... Read more »

1 Answer | Asked in Criminal Law and Gov & Administrative Law for Ohio on Jul 14, 2019
Q: Is it illegal to miss pronounce Arkansas

1 Answer | Asked in Gov & Administrative Law for Ohio on Jun 11, 2019
Q: Hello. If someone is arrested on two different warrants from the same county but one n juvinile and one n common pleas,

If they're taking n front of the common pleas judge and he sets bond and the clerk and bondsman say that paying the bond will get her released is this possible? Doesn't felony trump the rest

As long as bond is posted on both cases, yes.

1 Answer | Asked in Gov & Administrative Law for Ohio on Jun 11, 2019
Q: Can a common pleas judge set bond on a felony case and a juvenile court case in the same county

The juvenile court is a division of the court of common pleas. Generally, there are judges dedicated to juvenile and the circumstances in which an adult court judge might set a bond in a juvenile matter are limited but they have the authority to do so.

1 Answer | Asked in Gov & Administrative Law, Contracts and Appeals / Appellate Law for Ohio on May 22, 2019
Q: Is there a way to get State of Ohio to review their finding of a teacher’s performance rating? 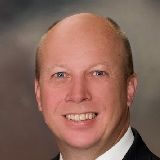 Students and parents do not have such a right.

1 Answer | Asked in Civil Rights, Gov & Administrative Law and Health Care Law for Ohio on Mar 8, 2019
Q: I was wondering what type of lawyer I would talk to about inappropriate behavior between a teacher and my daughter.

Not sexual in nature. Just inappropriate conversations about my daughters mental health during and outside of school. They are woman teachers.

You should talk to the teacher and the school. That doesn’t sounds legally actionable, at least not yet.

That's a definition section defining "socially disadvantaged persons" as used elsewhere in the CFR. It's just a definition. The section itself doesn't actually do anything, and you have not asked a question.

1 Answer | Asked in Gov & Administrative Law, Personal Injury and Civil Rights for Ohio on Jul 9, 2018
Q: After a state court judgment on a federal 1983 claim can you move complaint to a federal court?

I stupidly filed a section 1983 federal claim in an Ohio state court against persons employed by the state of Ohio. After receiving what can only be described as prejudicial treatment throughout and having appealed to the Ohio Supreme Court who denied jurisdiction I wish to take the claim to the... Read more »

It is called res judicata or perhaps collateral estoppel.

1 Answer | Asked in Civil Litigation, Civil Rights, Constitutional Law and Gov & Administrative Law for Ohio on May 27, 2018
Q: I was "randomly" selected for proof of insurance on a van i own but havnt driven in five years sent letter with proof of

Insurance on vehicles currently driven after 2 affidavits estimate from certified mech several calls and hearing request they still suspened lisc claiming they didnt get hear request i appealed litigated with attorney gen and then provided a copy of request and cancelled check at which time they... Read more »

You notice there is a limitation of amount of characters. That is so you can write your question without all the extraneous material like "poor boy" and "not to mention many hours of legal work".

I am not trying to be an English teacher, but you have run on sentences, no punctuation, no... Read more »

1 Answer | Asked in Immigration Law and Gov & Administrative Law for Ohio on Mar 25, 2018
Q: Do taxpayers have the right to sue the US Govt. For taxpayer monies spent on illegal immigrants? 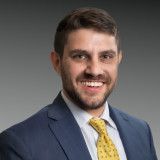 2 Answers | Asked in Immigration Law and Gov & Administrative Law for Ohio on Mar 4, 2018
Q: Is it okay to finish filing for the petition without a lawyer? He won't be taken will he?

I'm petitioning for my spouse to stay, I'm in the process of filling out an I-130 form on citizenpath.com. I'm to the part where I have put in that he is an overstay and has never left the country since, we have two children together. His overstay started in 2005, I had gotten pregnant and was... Read more »

You really need to work with an attorney on this. That amount of time out of status could become a real problem for you.

1 Answer | Asked in Family Law and Gov & Administrative Law for Ohio on Feb 12, 2018
Q: If I have a open CPS case but my boyfriend doesn't can he take my children out of state to visit my family without me

I don't mind him doing it because I know I will see my kids again but what about my CPS working. Is it against the law for him to do it. The only reason my case is still open is because I have completed my counceling yet due to no vehicle. However I have complied with everything else. Stayed sober... Read more »

He has no legal basis to have the kids if he has not established paternity and a court has not granted him parental rights. What if they need medical treatment while he travels with them? He does not have custody, so that would be a problem. Check with CPS before allowing him to do that.

1 Answer | Asked in Traffic Tickets, Gov & Administrative Law and Juvenile Law for Ohio on May 24, 2017
Q: What are my options?

I got a speeding ticket two days before my 18th birthday for going 50 in a 35. I got a letter stating I have to appear in juvenile court so I will probably get my license suspended, is there anything I can do to keep my license? It wasn't processed until almost a month and a half later

You can get an attorney to advise you and accompany you to court. Use the Find a Lawyer tab.

1 Answer | Asked in Gov & Administrative Law for Ohio on Mar 8, 2017
Q: How do I find case law regarding county governments exceeding their authority under state statute?

The best way for a citizen to locate applicable case law is to go to there nearest public law school's library and ask the librarians for help.

1 Answer | Asked in Constitutional Law, Gov & Administrative Law and Municipal Law for Ohio on Feb 6, 2017
Q: can a local officer of a village or township be held accountable for perjury to said village/township's governing body

Council member has repeatedly stated she has met and discussed proposals ,plans with local resident ,when in fact no meeting has ever taken place

Perjury occurs when a person lies under oath during a court proceeding. Not just when someone lies. Most of the accountability for this sort of stuff is in potential removal from the position by the rest of the council, difficulty getting re-elected, and trouble working with others in the community... Read more »

1 Answer | Asked in Divorce, Family Law, Gov & Administrative Law and Legal Malpractice for Ohio on Jan 12, 2017
Q: I am starting a dissolution or divorce with my with wife. Can her brother who is a lawyer in Florida represent her?

He has not passes the Ohio Bar exam.