Felony on husband aggravated assault. We had both been drinking n he lied on me later on a court date I was n rehab due to court order from mis court n was issued a fta felony judge n lawyer said if I didn't plea guilty id set n county for 4 months waiting on a court date my rehab was over 100... Read more »

You have a lawyer to whom you should be speaking

1 Answer | Asked in Criminal Law, Appeals / Appellate Law, Civil Litigation and Domestic Violence for Arkansas on Jun 10, 2018
Q: When declaring someone in Arkansas's address. What should law enforcement go by?

Does a person, who is a guest at a residence, have the right to concent a legal search? 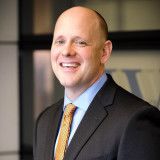 It depends on what happened. If consent is voluntary (state must prove) and the person is apparently authorized to give consent, the search is probably legal (see Arkansas Rules of Criminal Procedure 11.2). Think about. If you give a guest access to a residence, what's the difference in... Read more »

1 Answer | Asked in Appeals / Appellate Law for Arkansas on Feb 14, 2018
Q: how long does it generally take for the 8th circuit to grant right to appeal, not the appeal itself, but the right

The eighth circuit does not require the granting of certiorari or the granting of CERT. As such you have the opportunity to appeal to them directly without permission. I believe you have 30 days after the order is entered at the district level. This should not be taking as legal advice. If you... Read more »

1 Answer | Asked in Child Custody, Family Law, Appeals / Appellate Law and Probate for Arkansas on Jan 12, 2017
Q: Can a grandparent granted temporary legal guardianship file for full legal guardianship with no contact of the mother

They did file numerous motions culminating in a legal guardianship being granted to the grandparents and without the court ever one time in the whole procedure seeing the mother in court and has send all paperwork to the wrong address knowingly so the mother would not be informed of the proceedings... Read more »

The guardianship laws in Arkansas have changed in the last few years. Terminating a guardianship is a lot easier now. Contact an Arkansas attorney to discuss. The law is now on the side of a parent who is fit to care for the child. If that parent consented to the guardianship, it helps also.... Read more »

1 Answer | Asked in Family Law, Appeals / Appellate Law, Child Custody and Juvenile Law for Arkansas on Mar 27, 2017
Q: First appearance in fins court i tested positive.. and my children was removed by DHS is that illegal?

My daughter had fins filled on her for trudacy but there was no trudacy her teacher had quit and keep her doctors notes instead of turning them in. She will not make it to 10 grade. Because of this. But I lost custody of my children for the failing of one test.

Even if they've been removed, the DHS goal is almost certainly reunification with you. You'll just need to pass some drug tests.

1 Answer | Asked in Criminal Law and Appeals / Appellate Law for Arkansas on Mar 1, 2017
Q: If I appeal a guilty verdict, will a charge that rec'd directed verdict in trial come back if the appeal is successful?

The State cannot appeal (or cross-appeal in this case) a verdict of non-guilty.

1 Answer | Asked in Appeals / Appellate Law, Family Law, Gov & Administrative Law and Criminal Law for Arkansas on Jan 10, 2017
Q: How do I file an appeal under the administrative procedure act? It's a child maltreatment case. 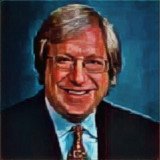 If this is a federal agency decision, file a "petition for review" in the applicable circuit court of appeals under Rule 15 of the Federal Rules of Civil Procedure. Judicial review is governed by the Administrative Procedure Act, 5 USC 605 et seq. Note that you will have to establish the... Read more »

1 Answer | Asked in Appeals / Appellate Law for Arkansas on Jan 7, 2017
Q: Hi, I need to know how to appeal a decision to circuit court from the Office of Appeals and Hearings?

"To appeal a Notice of Final Assessment (issued after... Read more »

1 Answer | Asked in Appeals / Appellate Law for Arkansas on Dec 26, 2013
Q: What does it mean when the Supreme court judge orders social security to pay a sum of money ? Does my lawyer get it or I

Do you have an answer by now? Did you ask your attorney what it meant?

1 Answer | Asked in Appeals / Appellate Law for Arkansas on May 20, 2014
Q: IF A federal appeals court date is set for inmate how can I verify it

Call the clerk of that court and ask?

1 Answer | Asked in Appeals / Appellate Law for Arkansas on Feb 10, 2015
Q: What does it mean when a case is reversed and remanded for a new trial?

That the appellate court found something in the record that basically was either an abuse of discretion or failed to meet the essential requirements of the law, something that caused the court to order that there has to be a new trial, this time without the objectional material in it.