Lawyers, Answer Questions  & Get Points Log In
Virginia Criminal Law Questions & Answers
0 Answers | Asked in Criminal Law for Virginia on Jan 20, 2022
Q: I need an to answer to something to know if this is spam, I would like to show you the texts.

I have texts that I don't want to really say on here, but once I hear from you then we can discuss a little more, thanks

Two bags of drugs were found at man # 1's home during a raid. He has been sentenced (plead guilty to possession) but his employee (man #2) who was simply there during the raid is now being charged with 2nd bag. Bag 1 was In man #1's pocket, bag 2 was In a jacket hanging in garage. If man... Read more »

0 Answers | Asked in Criminal Law for Virginia on Jan 18, 2022
Q: Once sentenced (plead guilty to poss) can someone be charged for later admitting other drugs at scene were theirs?

Plead guilty to one possession charge, two bags were found on that persons property and second charge was given to employee. If he testified at employees trial after he's already sentenced that second bag was his, can he be charged again?

0 Answers | Asked in Criminal Law for Virginia on Jan 18, 2022
Q: What happens when the state obtained the wrong criminal background check? Like not the defendants name who was charged??

In my husband's discovery it states under the list of exhibits (I am thinking that is the evidence) it does not state my husband's name, but another person's first name but they have the same last name. Can the case be thrown out on those grounds alone? This case has been crazy from... Read more »

0 Answers | Asked in Criminal Law for Virginia on Dec 25, 2021
Q: How can I pinpoint the exact person when they're constantly changing their name? How can I prosecute them or at least

Make them stop. I've had my freedom and my life threatened and it's starting to affect my health as well as state of mind.

1 Answer | Asked in Criminal Law for Virginia on Dec 24, 2021
Q: My attorney is very rude and disrespectful. Can I get a new one? Or are most adults/attorneys just rude like this? 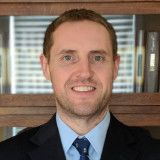 You can hire any attorney you want.

1 Answer | Asked in Criminal Law, Family Law, Real Estate Law and Federal Crimes for Virginia on Dec 14, 2021
Q: VA Intestate Probate, on day of death, Spouse moved all money out of decedent's businesses he did not own any of

Spouse had wife own businesses while she was alive because he had "no credit", got huge loans in her name as guarantor, sometimes under false assertions about losses (SBA EIDL), acted as manager in member-managed LLC without being a manager or member, after 23 years of marriage used... Read more »

Your description requires a series of follow-up questions, but other than the car registration, I don't see anything that is likely to excite a prosecutor. There may well be a question of undue influence or competence at the time she signed everything over to him, but you will likely need to... Read more »

1 Answer | Asked in Criminal Law for Virginia on Dec 9, 2021
Q: What is manipulation of a witness in VA

My girlfriend’s son is involved in a large case in VA. His attorney said to him that prosecutor was possibly looking at her for manipulating a witness. What kind of attorney does she need to get,if any at all? 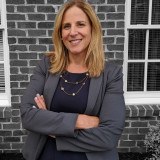 Your son's girlfriend will need a lawyer who handles criminal cases, as tampering with a witness is a criminal offense.

1 Answer | Asked in Criminal Law, Child Custody and Domestic Violence for Virginia on Nov 20, 2021
Q: Petitioner of no-contact order had me violated for text messages I sent her, but she texted me too before and after then

The petitioner alerted the court that I had sent her text messages. This was a violation of a no-contact protective order AND a no contact condition of a sentence that included 12 months of suspended time. However, she also sent text messages and engaged in several lengthy text conversations with... Read more »

Sounds like you're definitely in violation. Hire a lawyer to help minimize what they do.

1 Answer | Asked in Criminal Law, Appeals / Appellate Law and Civil Rights for Virginia on Oct 3, 2021
Q: I pled guilty to a charge under duress now I'm a felon. How can I have my case reexamined?

In 2017 I was brutally assaulted by 6 police officer during a mental health crisis. After I called an officer out for kicking me in the head he charged me with assaulting a police officer. I weighed 115lbs at the time. I was covered in bruises and my wrists were so swollen I couldn't be... Read more » 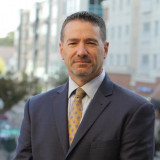 Unfortunately, you do not have any appeal avenues regarding the criminal matter available because of the passage of time beyond the deadlines.

If you want to seek possible civil rights claims against the police officers, you need to speak to an attorney that is an expert in those matters to... Read more »

1 Answer | Asked in Criminal Law for Virginia on Sep 26, 2021
Q: What time is my fiance looking at possibly? Jes been sitting in jail since July 24th and is looking to be in till nov 22

The original charge is b&e and petty larceny of 500 or less from a person he had 3 years sentence with 3 years suspended. He picked up 2 new charges and being held without on 2 pb15 violations one fel and one mis. His probation said he absconded from probation but he fell threw the cracks he... Read more »

Without more information, it is not possible for an attorney to give you an estimated sentence. There are numerous factors which include his past criminal record, the number of probation violation, the amount of drugs in his possession, etc.

1 Answer | Asked in Criminal Law and Civil Rights for Virginia on Sep 23, 2021
Q: I was a victim of police violence, denied my constitutional rights, falsely arrested for and convicted of a crime

Five officers dragged my face along a parking lot then covered it up by claiming I had a "Nose Bleed". I submitted hard evidence to prove my injuries were NOT from blunt force, but from dragging. Both the Civilian Board, Police Auditor or Internal Affairs did not consider ANY OF MY... Read more » 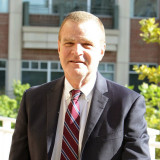 You can file a citizen complaint under Virginia code section 9.1-600. Your attorney should approach the Commonwealth’s attorney about the withholding of exculpatory evidence to see if he or she might reopen the case. This is serious misconduct. Talk with IAD again.

1 Answer | Asked in Criminal Law for Virginia on Sep 16, 2021
Q: Probation violation for failure to pay court fines during pandemic in Virginia

Under 19.2-305 c, it states courts can’t keep you on probation due to court fines

1 Answer | Asked in Criminal Law for Virginia on Sep 15, 2021
Q: Should my wife seek counsel or just testify based on her recollection?

Hello, my wife was subpoenaed to testify in a criminal case she witnessed. A long dispute between some neighbors escalated and resulted in 1 death by the use of a hand gun. My wife saw the events unfold while she was at home. Over the next several days detectives took statements from all the... Read more »

As a general rule, witnesses do not need representation. If there is any concern that she may implicate herself while testifying to that crime or any other, then you should consult an attorney before going to court.

1 Answer | Asked in Criminal Law for Virginia on Sep 7, 2021
Q: What are my legal rights with a detective who claims he'll follow warrants if I don't cooperate and he won't explain why

A detective showed up at my dad's door telling him that I need to get a hold of him by the next day or warrant will be issued. I contacted him via phone he won't tell me why or what or anything he just says he's going to give me an opportunity to cooperate and I don't know what... Read more »

You should not talk to the police without a lawyer present! Generally speaking, if the police have enough evidence for a warrant, they will get one, whether you talk to them or not. The police will use the "we'll take out a warrant unless you speak with us" tactic to get you to... Read more »

1 Answer | Asked in Criminal Law, Employment Law, Estate Planning and Personal Injury for Virginia on Aug 30, 2021
Q: If a witness in a case has a criminal record, how does that impact their credibility if they are asked to testify? 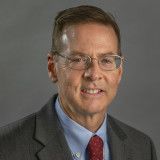 A witness may be asked about felony convictions and misdemeanors involving moral turpitude - lying, cheating and stealing. These types of crimes reflect on the credibility of the witness.