Lawyers, Answer Questions  & Get Points Log In
Texas Civil Rights Questions & Answers
0 Answers | Asked in Appeals / Appellate Law and Civil Rights for Texas on May 21, 2022
Q: Where can I go to find other civil court case appeals records ?

My brother is trying to appeal a judges decision on a motion to dismiss his civil suit against his former attorney , who didn't take any steps to helping my brother in his criminal case that he is innocent of but now serving 35 years the way he was dealt was so wrong . So my brother asked me... Read more »

0 Answers | Asked in Civil Rights and Constitutional Law for Texas on May 20, 2022
Q: I let my boyfriend wear a gold chain of mine bcus his broke and he gave it to another girl. Can I file a police report?
0 Answers | Asked in Civil Litigation, Civil Rights and Medical Malpractice for Texas on May 18, 2022
Q: Can I sue my psychiatrist for breach of confidentiality? What am I entitled to?

I asked my psychiatrist to write a psychiatric assessment/mental health report on me which I would then give my lawyer. In the letter my psychiatrist included secrets of which I told him that are legal in nature that I never consented for him to disclose. I did not know such information was... Read more »

I found out inadverntly that I was being sued by Citibank, I called Citibank and they referred me to a lawyer on file. I paid them $50 to start a payment plan hence they are sending me an agreement letter in the mail so they can file with the court. My issue is I have no money to do this with, I... Read more »

1 Answer | Asked in Civil Rights, Domestic Violence and Criminal Law for Texas on May 14, 2022
Q: I have a warrant but would like to report domestic battery and harassment in Texas… can I report to police?

I have a warrant from not finishing probation a few years ago. I was convicted if trespassing. Just recently I’ve been abused my my ex physically and he’s currently stalking as well as harassing me on my new phone number. Is there anyway I can report to the cops and get my warrant cleared? I... Read more »

0 Answers | Asked in Civil Rights, Constitutional Law and Education Law for Texas on May 12, 2022
Q: My autistic son’s ten years old, facing serious discrimination problems from school officials/Sp.Ed what are my option?

My son was professionally Diagnosed with high functioning autism in May 2017 and found disabled by the state of Texas in 2018. The school has continually refused to acknowledge medical professional diagnosis is outside of the school district, repeatedly lost medical records, directly lied about not... Read more »

0 Answers | Asked in Civil Litigation and Civil Rights for Texas on May 10, 2022
Q: Can an HOA refuse to give a homeowner documents related to a legal action the HOA filed against them

I have received a bill for legal fees with no explanation as to why. I requested copies of complaint and any other documents associated with it by email twice with no response it was sent to board members, property manager, accounting office that sent be and president of management company with... Read more »

0 Answers | Asked in Civil Rights and Social Security for Texas on May 8, 2022
Q: If I was born with only one lung agenesis of the lung, how do I argue that arthritis is not more severe one lung.

I know someone who was approved for benefits during the mandatory lockdown for arthritis in one hand which he is a convicted felon on drug charges yet I was denied by a judge. his reason was because I wasn't seeking a Dr to refill my medicine then I must be better but yet we were on mandatory... Read more »

1 Answer | Asked in Civil Rights, Health Care Law, Public Benefits and Social Security for Texas on May 8, 2022
Q: What law sections and codes do I look for when I am have lung agenesis ICD 10 code Q33.3 which is nationally covered ssa

Im 36 born with lung agenesis aka only one lung, I have severe mental health issues, I have the required amount of work credits and my ICD 10 code Q33.3 is nationally covered under the Americans with disabilities act but the ssa says that my condition is not as severe as I think it is. The... Read more » 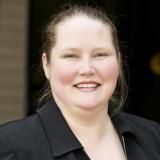 Elizabeth Fowler Lunn answered on May 8, 2022

You can read the regulations related to Social Security regulations to see how Social Security considers claims for disability benefits. SSA is making a decision as to whether your medical issues are so severe that they prevent you from doing all work that exists in the national economy. The ICD 10... Read more »

0 Answers | Asked in Civil Rights, Education Law and Employment Discrimination for Texas on May 5, 2022
Q: How do I find lawyers that filed/won disability discrimination lawsuits against higher education universities in Texas?

I have an ADA protected disability and was dismissed from my PhD program after repeated complaints from my supervisor who refused to provide requested reasonable accommodations (shifting of work hours). My work performance/progress was never assessed and I was denied in-person meeting with the Dean... Read more »

0 Answers | Asked in Civil Rights for Texas on May 5, 2022
Q: Is it legal for security and employee to look in my basket in my laptop bag then walk away without asking me?

I got my kids and left when he came outside and said he wasn’t accusing me of stealing and I could continue to shop and get a discount, humiliated I declined. They told my friend that they were told by someone in the back w/cameras told them my son put something in the bag. However they never... Read more »

0 Answers | Asked in Criminal Law, Civil Rights and Constitutional Law for Texas on May 4, 2022
Q: Tried in adult court for a crime he was accused of when he was 15

Friend was accused of aggravated sex assault of his younger cousin. She accused him when she was 16 and said it happened when she was 3, he would have been 15. he was 28 at time of trial They never even tried to move it to Juvenile court

Lawyer had 4 weeks to prepare because the judge... Read more »

0 Answers | Asked in Civil Rights for Texas on May 4, 2022
Q: What do you do if you are accused of this crime in a descriminatory manner by police?
0 Answers | Asked in Civil Rights, Constitutional Law and Landlord - Tenant for Texas on May 3, 2022
Q: I’m dealing with two situations I live in public housing I have a neighbor who’s harrassing threats me everyday

I have told the office I’m in public housing they have been overcharging me saying I owe all this money but they are not giving me along with other residents our deductions. I have made police reports they have not done one thing it’s going on to the point it’s starting to mess more with my... Read more »

I live in a college town in Texas so I like to go out, but I am 20 years old so under 21. Recently, a lot of cops have been giving MIPs. They go into bars and ask people to show them their IDs. Do I have the right to not give them any information even if there is probable cause? From my... Read more »

0 Answers | Asked in Civil Rights and Collections for Texas on Apr 28, 2022
Q: What do I do I took my car to certified auto repair shop in Seminole Texas and he charged me 1700 to fixmycar but wasn't

0 Answers | Asked in Civil Rights and Constitutional Law for Texas on Apr 27, 2022
Q: Okay there's new owners of the property where I live my water heater has not been fixed what can I do about it

1 Answer | Asked in Criminal Law, Appeals / Appellate Law and Civil Rights for Texas on Apr 24, 2022
Q: Evidence collected and destroyed in Texas, can anyone be held accountable?

Someone arrested and plead guilty under duress. They found out years later evidence was collected from scene of crime, but never tested. Nine years after the crime, defendant learned of said evidence and requested testing. They learned at this time the evidence was destroyed, so all writs were... Read more » 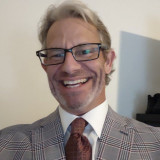 Your questions are complicated. The reason is over the years, the liability and duties of the police, District Attorneys, Courts, and court clerks have all changed in many ways.

The dates of the arrest and seizure are important. That would determine which laws were relevant in your matters.... Read more »

0 Answers | Asked in Education Law, Civil Rights and Juvenile Law for Texas on Apr 23, 2022
Q: Help plz- Principal at my kids school has unenrolled her from school due to false claims I dont live in district but

My daughter was assaulted in Oct 2021 on campus by male student with broken scissors held to her neck threatening to end her then jabbed in her stomach, but they were rounded ends so it didn't break skin. The principal down played it and tried to talk me out of reporting to police, I did... Read more »