Lawyers, Answer Questions  & Get Points Log In
Washington Small Claims Questions & Answers
1 Answer | Asked in Consumer Law, Collections, Legal Malpractice and Small Claims for Washington on May 5, 2021
Q: A random lawyer sued me for debt that wasn’t mine and I thought it was a scam but I now owe him. Isn’t this illegal? 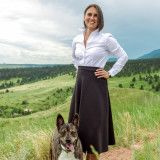