0 Answers | Asked in Criminal Law for Washington on Sep 23, 2022
Q: I have a felony from 1986. No trouble since, can I restore my rights to posses a firearm without coming to Georgia?

I can't find anything about the 1077 true blood, he's in jail right now.

She has maintained the relationship ultra secret, none knew about this until she took our car and attempted to drive 2000 miles to see him from Washington state to Oklahoma. She was caught by police in Kansas. She disclosed to have given 10,000 dollars to him. She had made a series of withdrawals... Read more »

0 Answers | Asked in Criminal Law for Washington on Sep 19, 2022
Q: How do I get a pro bono case accepted in Clark County Washington. Their court appointed attorney did them no favors.

It's been error after error with the court appointed attorney who took a criminal case to trail even with a plea bargain offered before trail. Zero evidence was admitted. Jury convicted him guilty in under an hour. He is sitting back in jail now. He needs an attorney who will actually fight... Read more »

0 Answers | Asked in Criminal Law, Civil Rights and Constitutional Law for Washington on Sep 16, 2022
Q: how can i get this remote Neuro Monitering to stop right now it's killing us in our own home 24/7 these people doing it

ive been tortured in my home for three years now,by some sort of remote Neuro monitoring ,EMF hologram,live broad casting brain to brain interfacing,these people are killing us in our own homes and our animal's,every time ive tried to call 911 they intercept my call and pretend to be 911... Read more »

1 Answer | Asked in Criminal Law for Washington on Sep 15, 2022
Q: If some one is in jail and they are Hispanic and the race shown says he is white and the suspect theh are looking for is

White wouldent they just be fitting him as the victom 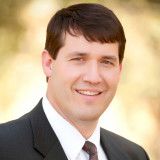 Your question seems to be, If the alleged suspect of an alleged crime is White, why is there an Hispanic person being held in jail for the crime?

If this is true, it is because the report was supplemented with information against the person in custody OR there is something that was pointing... Read more »

Since this is the last hearing before the court decides, will they render decision at the conclusion of hearing, or like in an oral argument hearing, conclude the hearing and then render a decision at a later date?

0 Answers | Asked in Criminal Law and Civil Litigation for Washington on Sep 6, 2022
Q: Q: can a Storage Unit kick you out for a violation you were reprimanded for already 10 minutes after accepting payment.

I had a Mike's hard lemonade on site and was reprimanded, Then I was met at the gate and accused of being drunk when i wasn't by the same person. Instead of arguing I just left. The next day I again was approached by the same person and informed I needed to make my Monthly payment to... Read more »

0 Answers | Asked in Criminal Law, Family Law and Domestic Violence for Washington on Aug 26, 2022
Q: Can I modify my dvpo to include my children under no contact?

I have a DVPO against my ex husband. My children are included on the order as protected but not under no contact.

My divorce was finalized August 12th of this year and the parenting plan restrains him from contact with the children. If he gets certain evals and gets the treatment... Read more »

0 Answers | Asked in Medical Malpractice, Criminal Law, Family Law and Child Custody for Washington on Aug 24, 2022
Q: chain of Evidence: If the key piece of evidence is vital to case but not complete do to procedure error.

A doctors office completed a u.a. on child. the preliminary test positive for amphetamines'. Parent accused of drug abuse and brestfeeding had u.a that was clean. Confirmatory U.A that was recommended by lab director, but dr office dropped the ball and never sent into lab for results. Is this... Read more »

2 Answers | Asked in Criminal Law and Appeals / Appellate Law for Washington on Aug 17, 2022
Q: if someone is supposed to go do 60 days can they ask for home monitoring instead and just do more time?

already been sentenced and pleaded guilty

You needed to ask for this clarification at the time of sentencing because it sounds like the Judge sentenced this person to 60 days jail and so that is the way it is.

If there are circumstances that have changed that wasn't available to be talked about or discussed when it was done in... Read more »

1 Answer | Asked in Criminal Law, Personal Injury and Civil Rights for Washington on Jun 21, 2022
Q: Do I have a criminal or civil case? Officer did not act on my request for help, weeks later child killed someone.

Child has been sentenced for murder however I asked the police chief for help just weeks & days before my child commited murder. He conspired with my husband to keep it quiet about stabbing months prior & ignored my pleas for help.

I specifically told the chief that when the moms... Read more » 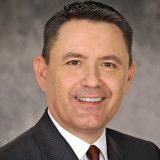 Unfortunately, as upsetting as this must be, the facts you described are not likely to constitute either a civil or criminal matter for you. On the civil side, law enforcement officers in federal actions are entitled to qualified immunity which shields them from liability unless they knowingly... Read more »

1 Answer | Asked in Criminal Law and DUI / DWI for Washington on May 30, 2022
Q: Can a judge grant a deferred prosecution for multiple unrelated charges that occurred on different days?

DUI that occurred 7 days after the assault.

Driving without a license.

Driving without an IID.

Talk to your lawyer to confirm, but with those facts it sounds like they can be included in a single deferred prosecution. "Separate offenses committed more than seven days apart may not be consolidated in a single program." RCW 10.05.010.

1 Answer | Asked in Criminal Law and Domestic Violence for Washington on May 20, 2022
Q: Does NCF Final mean there’s no charge and won’t ever be a charge?

Court never saw and individual while they were in jail. They had a court date and never were seen. We’re released and disposition said NCF final on the website. Does that mean there’s no charge and the individual won’t be called back in at a later date into a municipal or district court for a... Read more »

What this means is that for now, the matter isn't charged. It has been stopped and the State is investigating it further to determine if they have more potential evidence against this person to file the charge. If the underlying charge is a misdemeanor level case, they have a year to file... Read more »

1 Answer | Asked in Criminal Law and Domestic Violence for Washington on May 20, 2022
Q: Does NCF final mean that An individual is not being charged does that mean they won’t be called into court again later?

It definitely does not mean that a charge could not be filed in the future. If the prosecutor gets more information or a follow up report, they can change their mind and file until the statute of limitations has run out. That is at least one year, but more for most crimes.