Lawyers, Answer Questions  & Get Points Log In
Arizona Questions & Answers
0 Answers | Asked in Car Accidents for Arizona on Sep 22, 2021
Q: Is it legal for victim to accept payment at the scene of an accident? No police contacted and I was taken home by driver

i accepted monetary payment from driver after being hit with car. I then was transported to my home with little to no injuries sustained. Am i able to still file a report of this accident and if so are there any charges that the driver of the vehicle or myself the victim could face this... Read more »

0 Answers | Asked in Real Estate Law for Arizona on Sep 22, 2021
Q: My wife and I are struggling to exit our timeshare, it’s paid for,but can’t afford the high maintenance fees now.

We can’t even get in touch with anyone that could tell us if they can take back the deed!

0 Answers | Asked in Uncategorized for Arizona on Sep 22, 2021
Q: Can you be fired for inquirying about how you will receive a pay increase that was stated in the company guidelines?

0 Answers | Asked in Landlord - Tenant for Arizona on Sep 22, 2021
Q: Can’t move into rental due urethane/fumes on floor. Landlord refuses to return calls or emails after 3 weeks.

We are out of state planning to leave and move into rental next week but cannot due to heavy fumes. Someone tried a quick fix, added stain and urethane over finished engineered flooring. The urethane is bubbled and slopped on baseboards, has dirt and hair in the finish, doesn’t seem to have... Read more »

0 Answers | Asked in Criminal Law and Probate for Arizona on Sep 21, 2021
Q: cont.. from a prev asked question/answer : "Which comes first? revocation hearing or the new case court dates?" and more

So yes, my fiance' is being held on a probation hold pending a probation revocation hearing that was continued several times and he's been going to the court dates for the new alleged charges only half of which get continued, its been 2 months, how long does this normally take? Which... Read more »

0 Answers | Asked in Uncategorized for Arizona on Sep 21, 2021
Q: a friend has committed larceny against me involving $37,000 worth of personal property. what do i do at this point

The property consisting of large antique farming equipment. some of it available for purchase and some it is not. the offer was given without a time limit due to the items being a benefit to his western themed bed and breakfast. He made a few payment throughout the next few years which only equaled... Read more »

0 Answers | Asked in Criminal Law for Arizona on Sep 21, 2021
Q: Is it illegal/indecent exposure if you have sex in a parked car?

Basically what the title says. If it takes place in a empty parking lot and literally all windows have a shade put in so no one can see you, like I purchased car shades that are made to fit perfectly in every window. The only thing that may indicate something happening is the car moving. Is there... Read more »

0 Answers | Asked in Employment Discrimination, Sexual Harassment and Workers' Compensation for Arizona on Sep 21, 2021
Q: (ARIZONA) What are all the current laws for protection for women?

My names Charlie and my friend Jaden and I are doing a project for social studies!! we're in 8th grade. we're writing a bill on a topic of our choice, which is more enforced womens rights. idk how this site works,, but answers to the question will help lots!! thank you :D also, we've... Read more »

Without the person knowing? For some reason I couldn't finish my question.

In an emergency situation it would be possible to obtain a temporary guardianship without the person's knowledge. A permanent guardianship would not likely be granted without having the ward appear before the Court.

0 Answers | Asked in Criminal Law for Arizona on Sep 20, 2021
Q: Can a petition to revoke probation and a warrant be issued based previous charged dismissed by another court?

Also, new charges have been filled because of the warrant that was issed. I believe the case should be throw out due to warrant being issued on charges that he did not plea guilty to and the court dissmeed. SO is this all legal and legit or what can I do to help my fiance fight his case?

0 Answers | Asked in Consumer Law and Lemon Law for Arizona on Sep 20, 2021
Q: who is responsible to pay for a 130 mi car tow to get repaired after owning 2 months?

0 Answers | Asked in Probate for Arizona on Sep 20, 2021
Q: Can a conservator sign 1/2 the house to herself if the house is joint tenants with rights of survivorship?

My wife was in a coma at the time the house was signed over to her daughter the conservator. The daughter is claiming my wife was incapacitated. We have been going to court since 2/4/21. Unfortunately my wife died before any dementia testing was completed.

0 Answers | Asked in Real Estate Law and Landlord - Tenant for Arizona on Sep 19, 2021
Q: Does my roommate who is NOT on my lease have a legal right to stay after being asked to leave?

He has been renting out my 2nd bedroom since 2018 and I am ready for him to leave.

0 Answers | Asked in Landlord - Tenant and Small Claims for Arizona on Sep 18, 2021
Q: I just want to ensure, am i right to file an eviction for a "tenant" and am i entitled to what i've asked for?

I started renting a room of my apartment (for which i am on a montth-to-month lease) as temporary help to her as well as to me financially, but she fell behind on rent, borrowed money, caused me some troubles with bills due to not paying, and more! As of now, i've served her with several... Read more »

1 Answer | Asked in Criminal Law for Arizona on Sep 18, 2021
Q: In Arizona, how long can someone be incarcerated in county jail without formally being charged with a set of charges ?

My fiance' was out on pretrial services as well as on probation and was arrested for alleged crimes for which he has not yet been charged officially. The prior charges he was out on pretrial for, yes, and there WAS a probation revocation hearing set but has not been had yet. It seems as though... Read more » 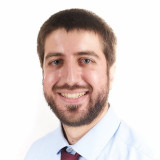 Within 24 hours of arrest, he was supposed to see a judge to determine release conditions. From what you are saying this sounds like a probation hold. The probation officer has a lot of descretion and even if there not a new charge if the PO has a reason to believe probation has been violated,... Read more »

0 Answers | Asked in Uncategorized for Arizona on Sep 18, 2021
Q: Who do I talk to about a house I purchased 11 months ago that is falling apart !

The electric in half the house went out, the plumbing in two bathrooms have sewer pipe problems in the ground, the electric panel has not been replaced as promised, the downstairs bathroom was completely gutted and never replaced ! I don't know where to turn.

1 Answer | Asked in Copyright for Arizona on Sep 17, 2021
Q: Can i legally paint a licensed cartoon character along with his signature phrase on a fence that the public can see?

The character is owned by Warner Bros. 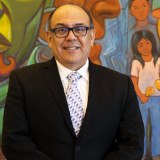 Consult with an attorney.

Next
Discover The Power Of Visibility - Claim Your Profile Now